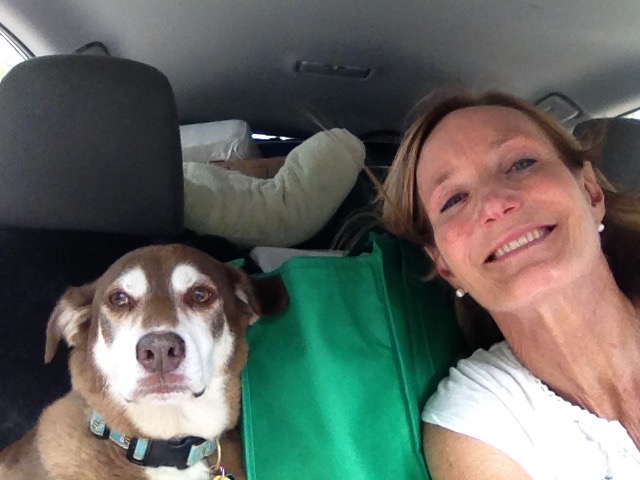 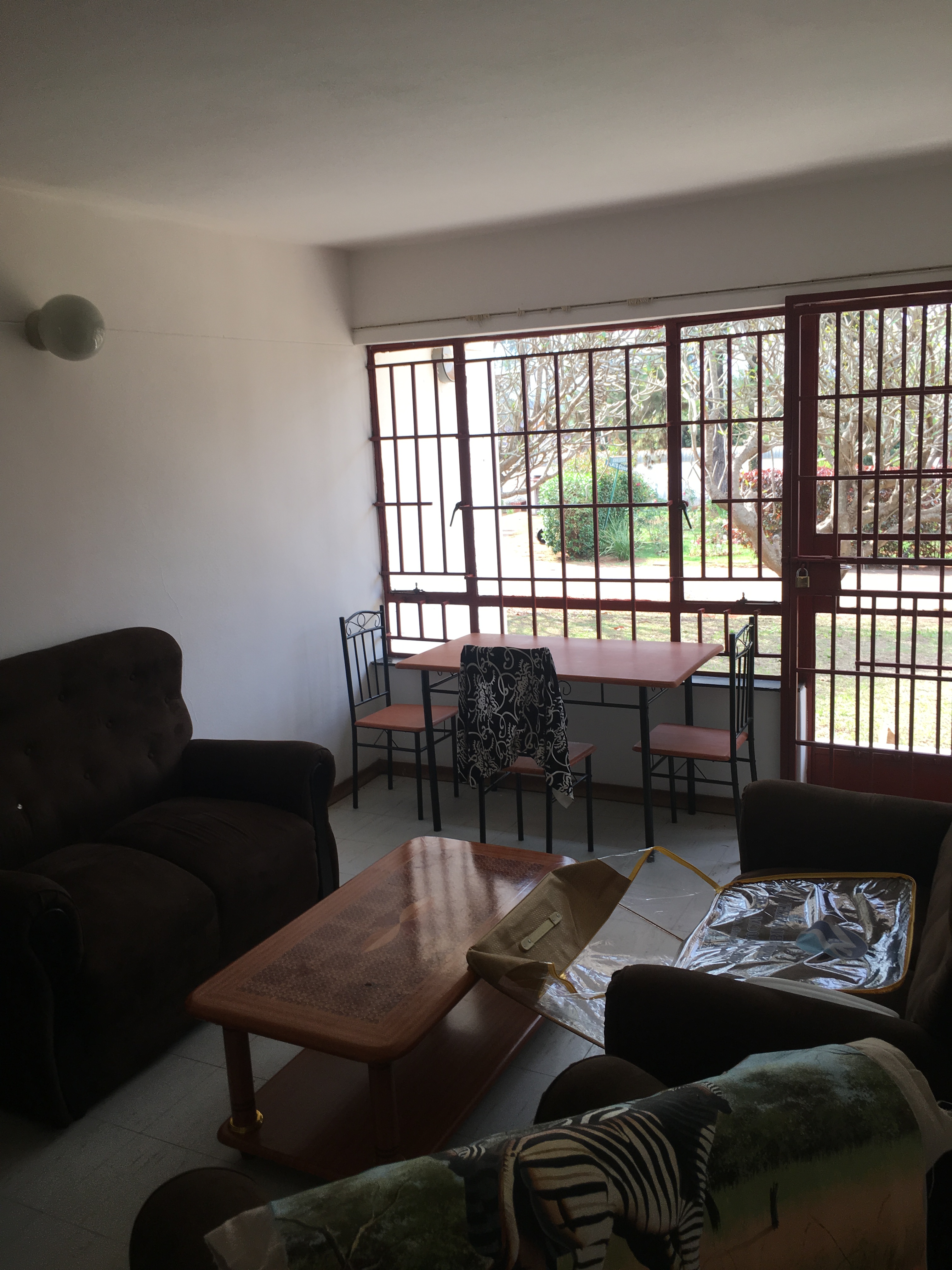 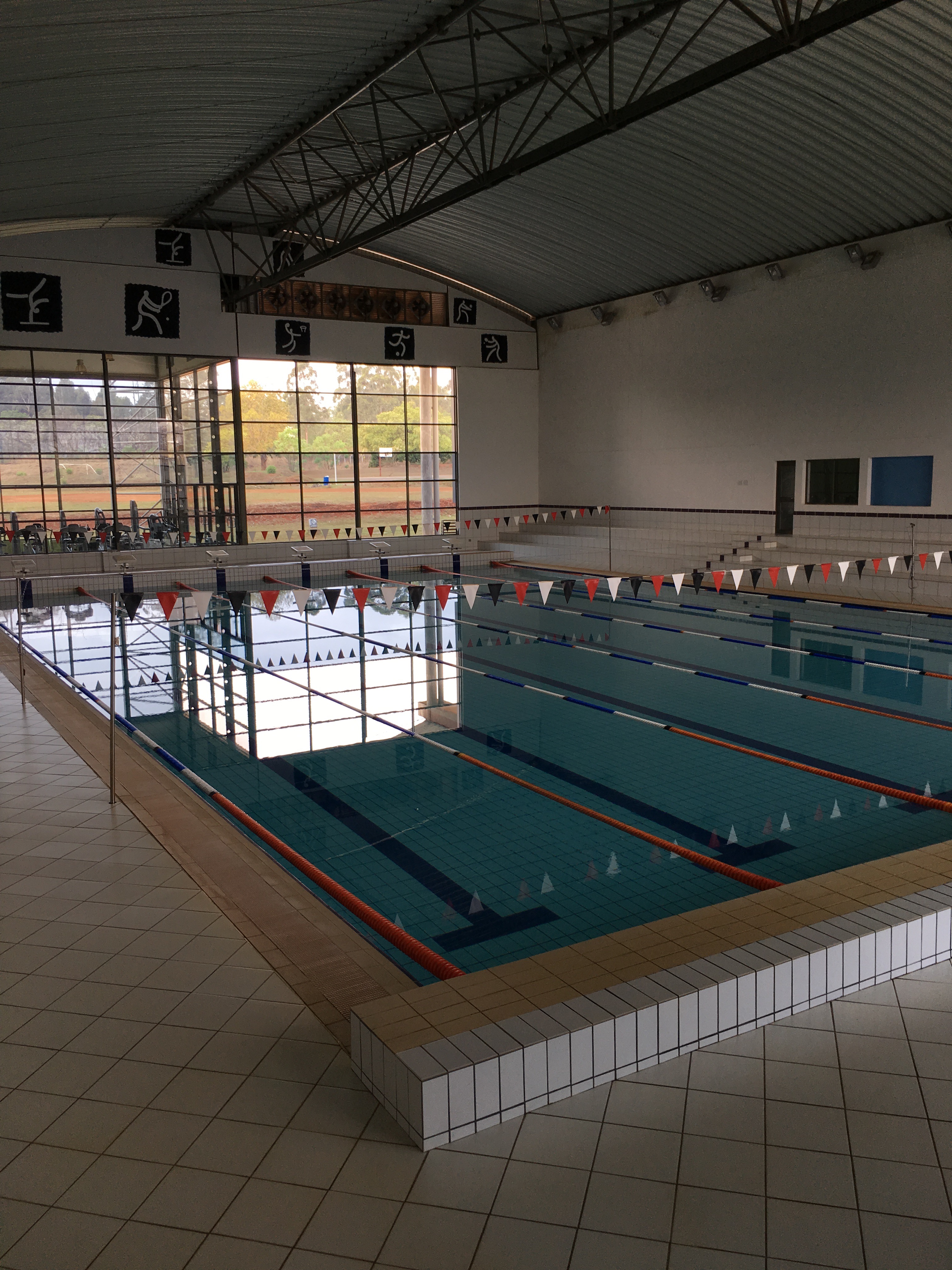 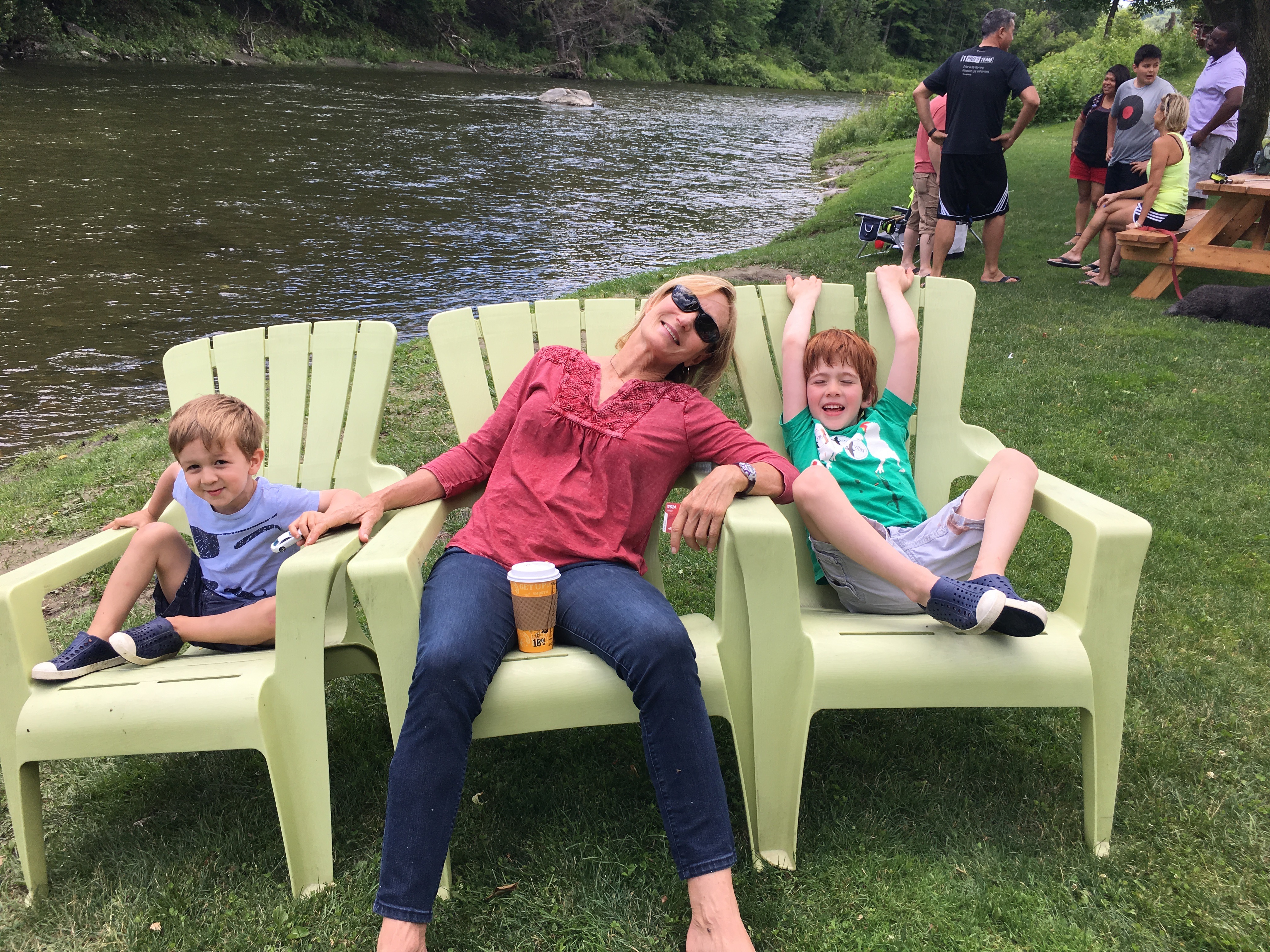 Like so many other things I pick up and then put down in my life, yoga seems to have disappeared from my practice in the last year. The relaxation, physical flexibility, and insights gained from regular practice are necessary for me to live more peacefully and with ease. I hadn t acknowledged just how stressed, tense, and anxious I have been for the last three months until settling into my Kripalu retreat with Kate at this wonderful sanctuary. The center is dedicated to the spiritual practices of yoga, meditation, mindfulness and promotes principles of ayurvedic healing and food preparation.

The food is MARVELOUS, and though we are staying in a dorm with 6 other women, it is quiet, the beds (bunk) are VERY comfy, and all the amenities are available. Breakfast is taken in silence and cell phones are prohibited in all public areas so it is magically quiet and serene.

For the last several months I have been juggling several balls in the air, not knowing if, when, or where I was going with Peace Corps. This was frustrating to say the least after the rigors of medical and security clearance that also took months.  Though I had an inkling I would be assigned to Swaziland, it had not been officially confirmed and then we were notified that the funding had not been released so we were uncertain if the program would move forward.

I have been living out of suitcases and boxes for the last three years since I sold my home in Reading. Since my return from Malawi last July I have had 4 different addresses, living no more than 2-4 months in any one place. This has been a logistical nightmare in terms of receiving mail in a timely way as well as really never feeling at home anywhere. My nesting instincts have become increasingly acute though I have stripped my belongings down to the bare minimum, at least what I move around with. I still have over 4500 pounds in storage so I have not made as much progress in that department as I had hoped.

We received confirmation that the program had been fully funded a week ago, just in the nick of time. If delayed another week, they would have cancelled the program for the year due to logistics etc. While all the uncertainty had been building over the last few months, I was faced with the added challenge of choosing a path that was most in alignment with my highest good. That is a challenge on a normal day but the Universe had served up some additional distractions and opportunities that began confusing and tempting me.

In May, I met John blind date, Denver. We have been inseparable ever since. How is it possible that I am offered this amazing man during a time of potential separation by 9775 miles? John is a former Peace Corps Volunteer (Brazil 1973) so he understands the desire, the service, the adventure. He has fully supported me, aligned with the spirit of the program, and has expressed his own desire and interest in joining me for much of the year and finding his own niche there.

The principle of aligning with our soul s purpose and carrying that forward in the world has never been more present in my life. From a story in the Bhagavad Gita,

Considering your dharma, you should not vacillate, Krishna instructed Arjuna. The vacillating mind is the split mind. The vacillating mind is the doubting mindâ€”the mind at war with itself. The ignorant, indecisive and lacking in faith, waste their lives, says Krishna. They can never be happy in this world or any other. Acting in unity with your purpose itself creates unification. Actions that consciously support dharma have the power to begin to gather our energy. These outward actions, step by step, shape us inwardly. Find your dharma and do it. And in the process of doing it, energy begins to gather itself into a laser beam of effectiveness.

Krishna quickly adds: Do not worry about the outcome. Success or failure are not your concern. It is better to fail at your own dharma than to succeed at the dharma of another. Your task is only to bring as much life force as you can muster to the execution of your dharma.

The decision to depart, despite this loving partnership, has been agonizing to say the least.     In the end, I had to listen to my soul and make a choice from a place of the deepest loyalty to my self, my spirit, my heart and trust that the rest would align with that.

This month is filled with travel .Kripalu, Denver, Florida, VT and ultimately to DC on the 5th of September for a week of training before departing for Swaziland on the 14th. I am relying on the generosity of the Universe to line things up behind me in the swirling vortex of the unknown that will manifest as a result of this choice!

I will be engaging full out!!!

Between stimulus and response there is a space. In that space is our power to choose our response. In our response lies our growth and our freedom. Viktor Frankl

Our 10 days of training here in Washington culminated in our graduation ceremony yesterday! Having survived 7 days of lectures, interactive role-playing, and panel discussions, we received our lab coats, pins and a handshake to send us on our way to Africa tomorrow.     The talks have covered topics from parasites and tropical dermatology, diarrhea, medical and nursing education in Africa, resiliency and coping in service overseas, to effective lecture preparation and developing test questions for our students exams.

Our speakers have been engaging and very passionate about their subjects. By far the most disturbing visuals have been the topics covering parasites, diarrhea, and tropical diseases. OMG! Having heard and seen the potential there for what I may encounter personally as a traveler and living in the community, I have changed my expectations accordingly:

*No swimming in freshwater, EVER (schistosomiasis)

*No flipflops or barefeet, EVER (even fleas make homes in the   soles of your feet)

*Do not snuggle or touch the dogs (rabies is endemic)

*Sleep with your mosquito net and wear color-coordinated clothing according to parasites in your area! (different colors attract different types of flying insects)

As one presenter stated:

Don t get bit…Don t get hit…Don t get lit…Don t do it…Don t eat shit…  OK, so we are all medical people here.

Oh yay! I have lost my appetite and my enthusiasm for outdoor recreation I do not want to get sick, and here s why:

One in every 10 people in Malawi has HIV/AIDS

1 in 9 children die of malaria before their 5th birthday

Life expectancy of males is 58, women 60

Despite those statistics, we as Peace Corps volunteers receive medical care from our own in country MDs and nurses and are medevacced to Pretoria South Africa in case of emergency. Okay, I feel better now .

My final evening was spent gorging on ribs and roasted veggies at Whole Foods, my last frozen yogurt, doing laundry, packing and weighing my bags. Our bus picks us up at 0300 for Dulles and a flight to NY, then a 15 hour flight to Johannesburg, then another 2 hours to Lilongwe, Malawi. UGH!

This would not be complete without saying, with so much love and gratitude, thank you to Kate and Carrie for loving and supporting me on this journey, for setting me free.

I will write again during my 2 week orientation in-country Until then, mugone bwino (goodnight in Chichewa) 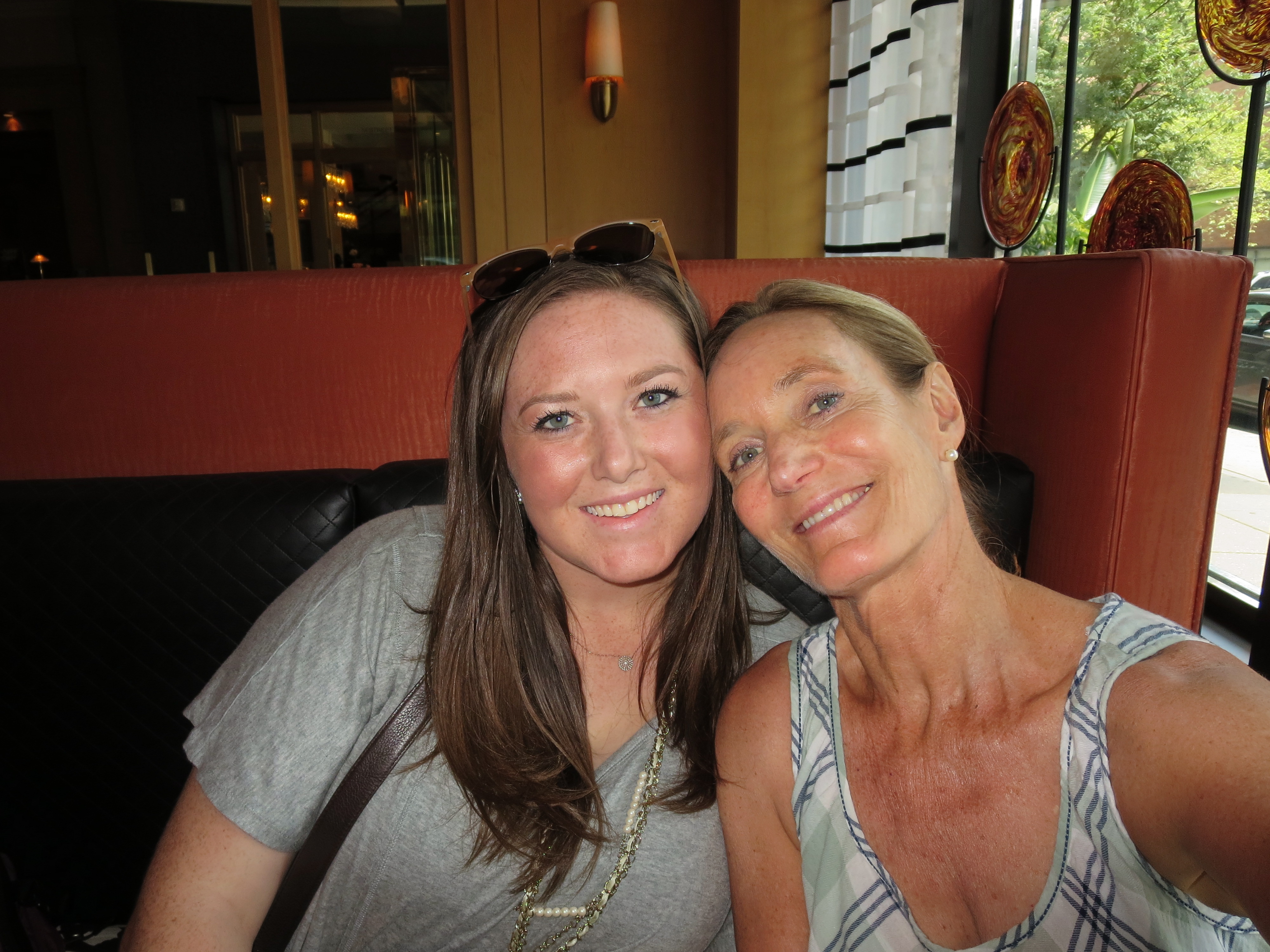 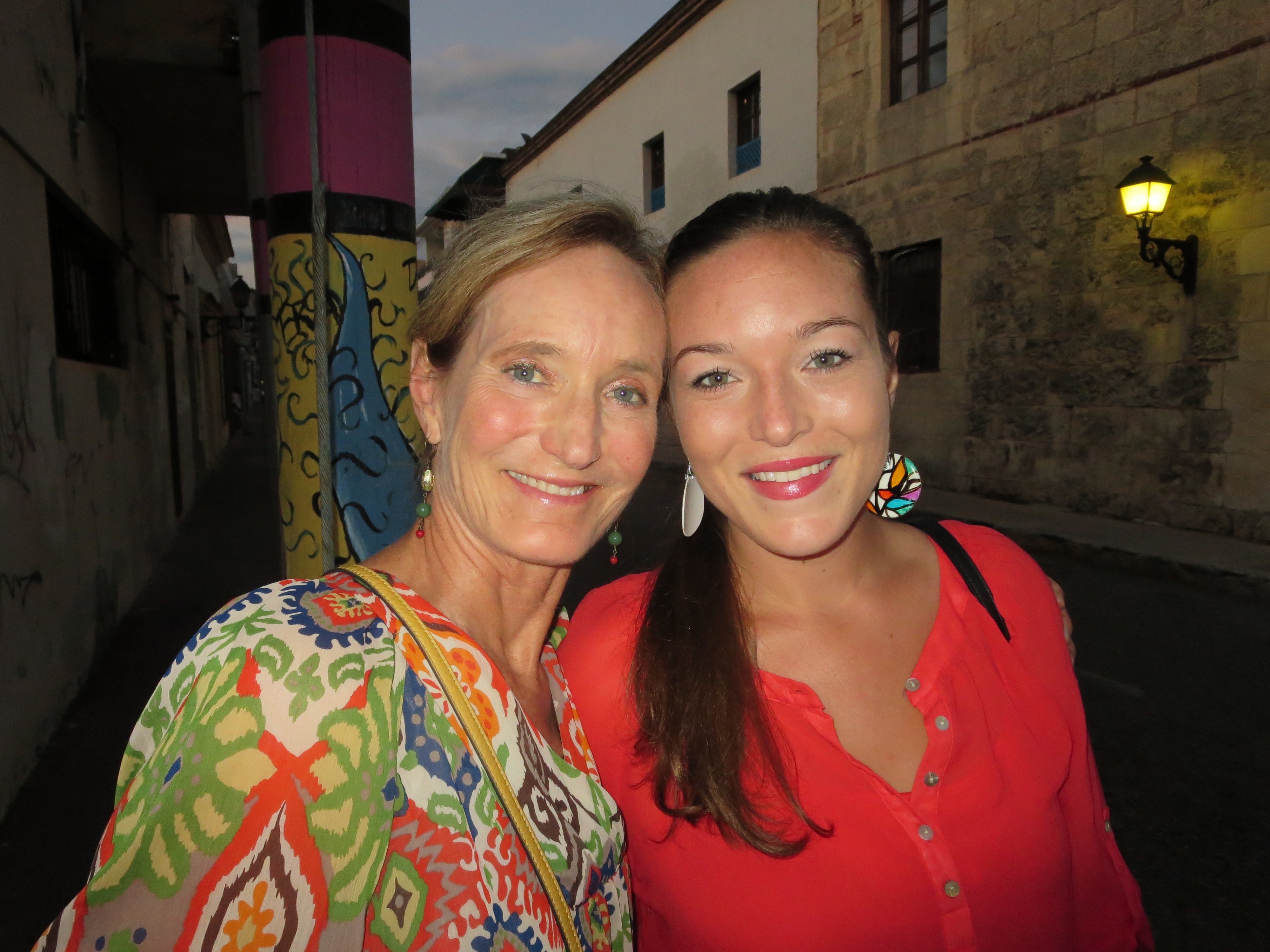