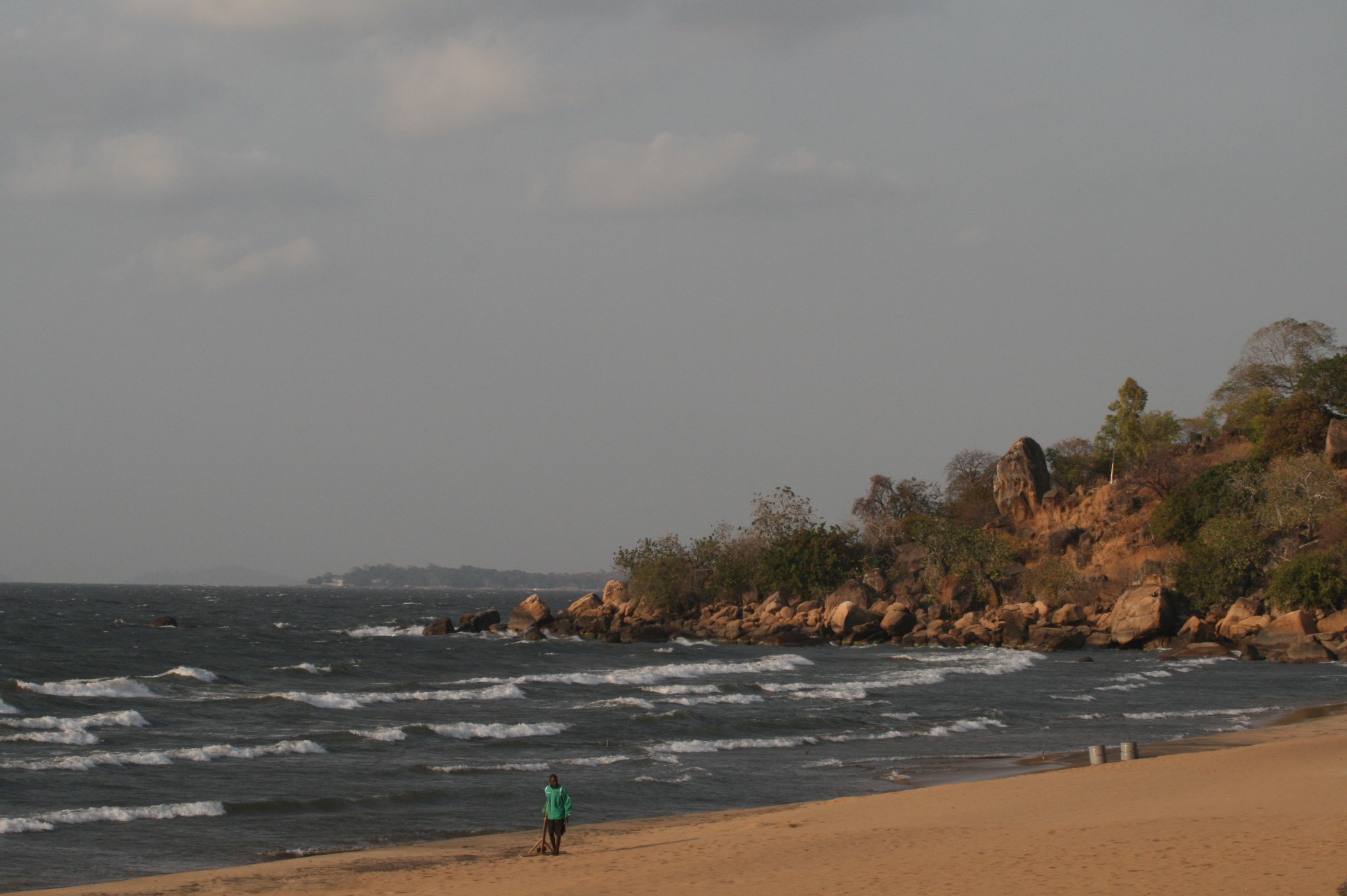 After 8 days of intense training here in the capitol of Lilongwe, we were treated to a break at Lake Malawi at a beautiful hotel. Lake Malawi is 360 miles long and 46 miles wide and is one of Malawi s greatest natural resources. It is home to more species of fish than any other lake in the world and 1000 species of cichlids, very colorful fish popular with aquarium owners.

Our group arrived Friday afternoon after a visit to the Mua Mission, established in 1903 by 3 Christian priests. The goal of the mission during the 1900s was to bring education, trade skills, and religion to the local tribal people. Today the mission includes a hospital, hotel, restaurant, church and museum dedicated to preserving the culture of 3 tribes that have profoundly shaped Malawi culture. We spent 3 hours touring and listening to the most fascinating talk on tribal practices which are still alive and well in Malawi society today; more on that later.

The weather has been fantastic. This is winter, the dry season with temperatures daily around 80, no humidity. Nighttime temps average around 60. On awakening, there is generally a haze of smoke that clears towards midday, resulting from the continuous controlled burning done to prevent overgrowth and wildfires. It is extremely dry and dusty now and most of the deciduous trees are bare, but lots of plants flowering on naked stalks!

Food is fabulous and too much! They seem to feed us every three hours; morning breakfast, tea break at 10ish, lunch, tea break at 3ish then dinner! The food has been very good, heavy influence of Indian, luscious curries and veggies infused with masala. Though cautioned about the inevitable PCV diarrhea bound to occur, no one has succumbed, most probably due to our extensive education to avoid parasites and contamination. Bottled water is plentiful, and everything in the hotel is ok to eat, including fruits and salads.

Accommodation to expats and Americans includes eggs and all manner of yogurt and cereals for breakfast. Rice, beans, sausage, chicken livers/gizzards, roast potatoes, nsima, and sautÃ©ed veggies complete the usual buffet. I stick to the veggies and hard- boiled eggs.

A word about nsima; the national dish eaten with your fingers. Maize is the staple of the traditional diet. The cobs are husked and the kernels dried in the sun on a large tarp. They are then ground and made into flour, combined with water and cooked, A LOT! When served it looks like mashed potatoes but is very dense flavorless. You grab a hunk in one hand and roll it into a ball, with ONLY ONE HAND, and then make a scoop in the middle. You then scoop up veggies or meat with it and pop it into your mouth. The entire meal is eaten in this way. There is always a large spigot or tub of water near by to wash your hands which feel like they ve just made paper mache.

The chicken is delicious, the beef tough, the fish boney. I tried goat meat for the first time last night, delicious but psychologically hard to swallow, sorry Finney and Mason.

On our return today we stopped at Kuti Reserve, a wildlife preserve dedicated to environmental and animal conservation. Anna, a PCV from Wisconsin met us and guided us around. We were able to view a giraffe, many zebra, a kudu (amazing, see photo), many species of small deer, and bush buck. We lunched under an enormous thatched shelter and enjoyed chicken satay, veggies, and rice.

In closing I leave you with this image on our ride home we noted several young boys offering a large skewer of roasted something. Our driver pulled over and there you have it .mice on a stick, to go. YUM! You get a skewer of 6-8 for 500 kwacha, $1. We took his photo and gave him the 500… 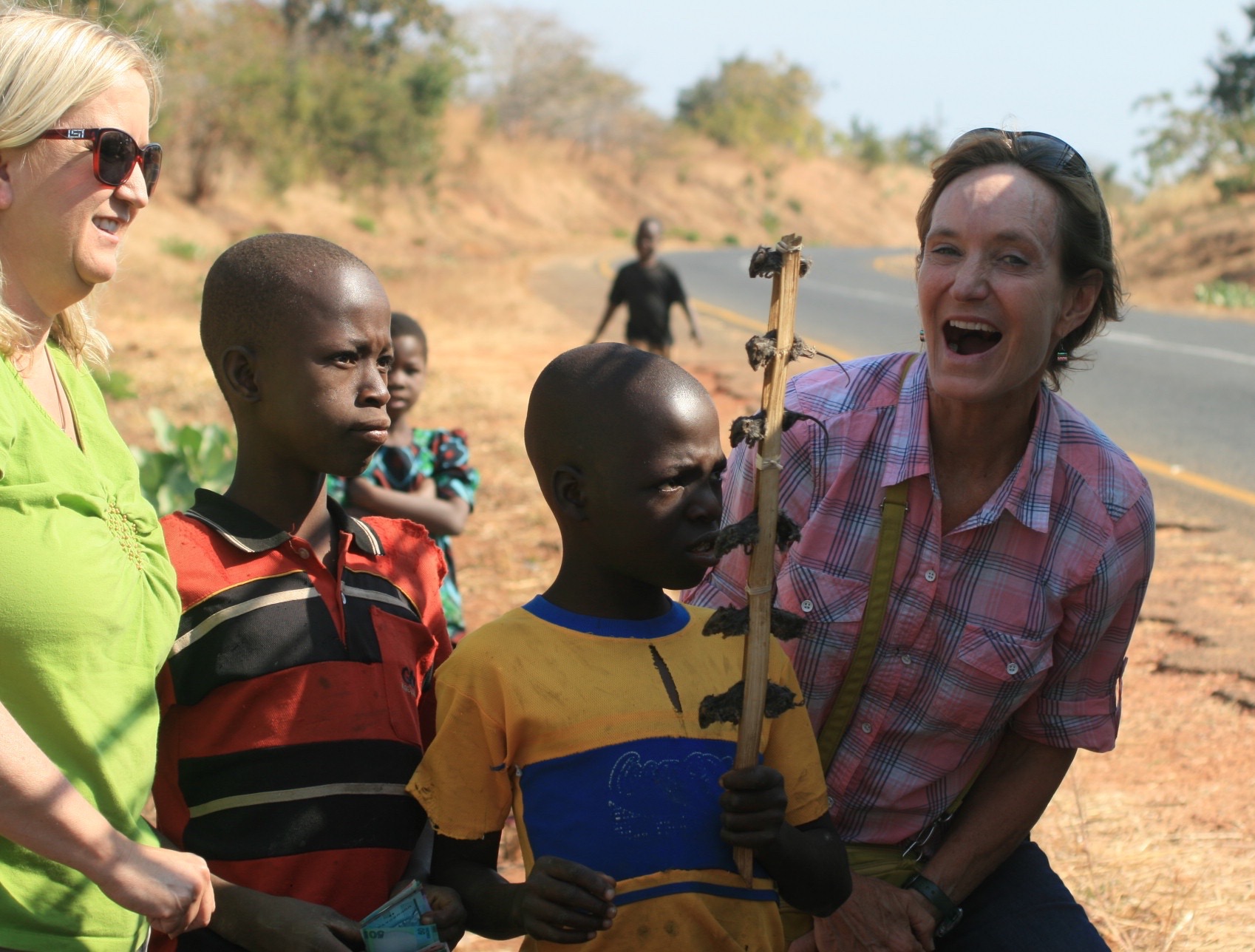